Incase you missed it, here is a recap video about the transformation of the travel, tourism, and hospitality through innovation. We brought together the entrepreneurs, investors and executives reshaping the industry as well as discuss the emerging trends and sectors ripe for disruption.

Ilana’s career has been focused on the intersection of Strategy and Marketing with emphasis in digital channels and innovation. Ilana is an alumnus of The Boston Consulting Group and has held senior positions in leading agencies such as Digitas and Organic. Ilana made the transition to the tech/startup world in 2010, holding positions such as Chief Marketing Officer of Gust, the leading online platform for start-up financing by angel investors worldwide, and Artsy—the leading global online art marketplace. Born and raised in Brazil, Ilana holds a BBA from Fundacao Getulio Vargas (FGV), in Sao Paulo, and a Masters in Business Administration (MBA) from The Wharton School of the University of Pennsylvania.  Ilana lives in the NY area with her husband and two kids, is an unapologetic music and literature snob, and only uses Instagram to follow cute Italian Greyhounds.

Pinktada is revolutionizing hotel booking by bringing the power of tokenization to the travel market. Guests can choose their perfect room by taking a virtual tour, and swap or sell their reservations if plans change. Hotels receive full payment up front and can show off their amenities and unique attributes. Pinktada was founded in 2020 and is headquartered in Texas. 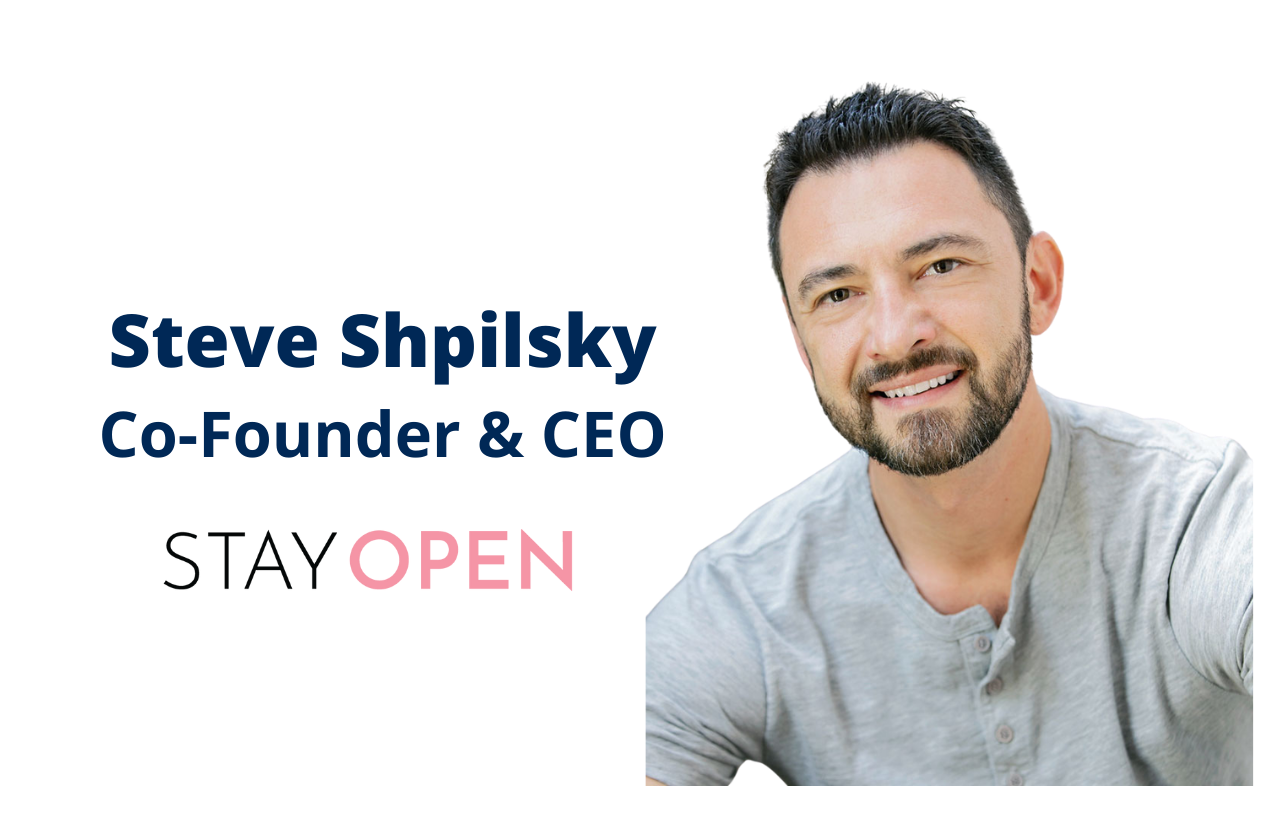 Steve is the Co-founder and CEO of STAY OPEN & stayDAO, building the world’s largest network of digital nomad and travel communities in repurposed buildings—with a portion of DAO proceeds going to help unhoused people.

With over two decades of experience as an entrepreneur, real estate fund manager, and developer, Steve has raised and invested over $250 million financing and developing branded hotel projects valued at over $750 million (1,000+ keys) including the Waldorf Astoria Beverly Hills and LAX Hyatt House/Place. Steve is co-GP of a $130 million project converting a 250,000 square foot office building by LAX to a 401-room hotel. In 2010, he co-founded and was the CEO of CaRE, one of the most reputable EB-5 Regional Centers in Los Angeles with 600+ investors & LPs.

Before that, at PwC in San Jose, San Francisco and Moscow, Steve specialized in anti-corruption, financial due diligence, regulatory compliance, and complex cross border matters. He holds a BS in Accounting and a MBA from University of Southern California, is fluent in Russian, and was a CPA. Kiev-born, Steve grew up in Los Angeles returning to Ukraine to run a real estate development fund before settling back in Los Angeles, where he now lives with his wife and children.

As part of the Emerging Trends Team, Kevin has the opportunity to explore and bring to life unconventional ideas to encourage change and identify new opportunities for the airline. With more than 16 years of experience with Southwest Airlines, Kevin understands the unique challenges across the company. He is collaborating with innovation-driven companies and startups to study, design, develop, and test emerging technologies and complex solutions in real-world environments to gather key insights and learnings into a solutions viability and risks. He is a graduate of Baylor University, and currently lives with his wife and two beautiful daughters in Texas.

Founded in 2014, VentureFuel is an independent innovation consultancy based out of New York City. It builds innovation programs by unlocking the power of external innovation through partnerships with startups for industry leaders. Its programs focus on unlocking new sources of growth.

About What's Next Now

Every month we bring together a cross section of entrepreneurs, investors & executives working on innovative solutions to industry's most pressing problems. We discuss trends, technology and the opportunity for collaboration to reshape how we do business - for the better.